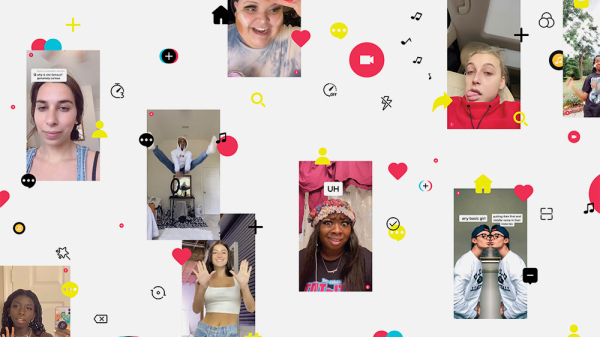 With over 1.5 billion downloads, TikTok has created a new wave of viral sensations and social media influencers. Its unique algorithm allows those with even the smallest followings to go viral and become online celebrities overnight. In just a matter of weeks, TikTok has the power to turn average teenagers into international stars– whether it’s through creating short video clips lip syncing to audio, dancing to popular songs, or creating memes. These famous TikTok stars’ quick rise to fame is more powerful and faster than any social media platform that has come before it. The app has only existed for two years, but it has given many people the opportunity to build a strong platform to jump start their career.

The number one star on all of TikTok is 16 year old Charli D’Amelio with over 78.9 million followers. She gained popularity through short clips of her dancing her own choreography to popular songs. Creating fun dances has led her into creating her career and becoming famous. Before quarantine, she was invited to dance alongside Jennifer Lopez and appear on The Tonight Show with Jimmy Fallon.

TikTok also offers an exciting way for songs and emerging artists to gain exposure and break through the music industry with a wide and varied audience. TikTok’s greatest success story is Lil Nas X. Before his newfound fame, he was a 20 year old college dropout from Atlanta sleeping on his sister’s floor. His song “Old Town Road” became a viral sensation on TikTok with creators using it in their videos as they transformed themselves into cowboys and cowgirls. The country-trap song became so viral that record labels took notice, which led him to sign with Columbia Records. Old Town Road became the longest running number one hit on the Billboard Hot 100 for 19 weeks– defeating Mariah Carey and Billie Eilish. It went on to be remixed several times featuring artists such as country legend Billy Ray Cyrus, BTS, Young Thug, and Mason Ramsey.

@toryewilliams about to get fake tattoos ? ##model ##photoshoot ##behindthescenes ##fyp