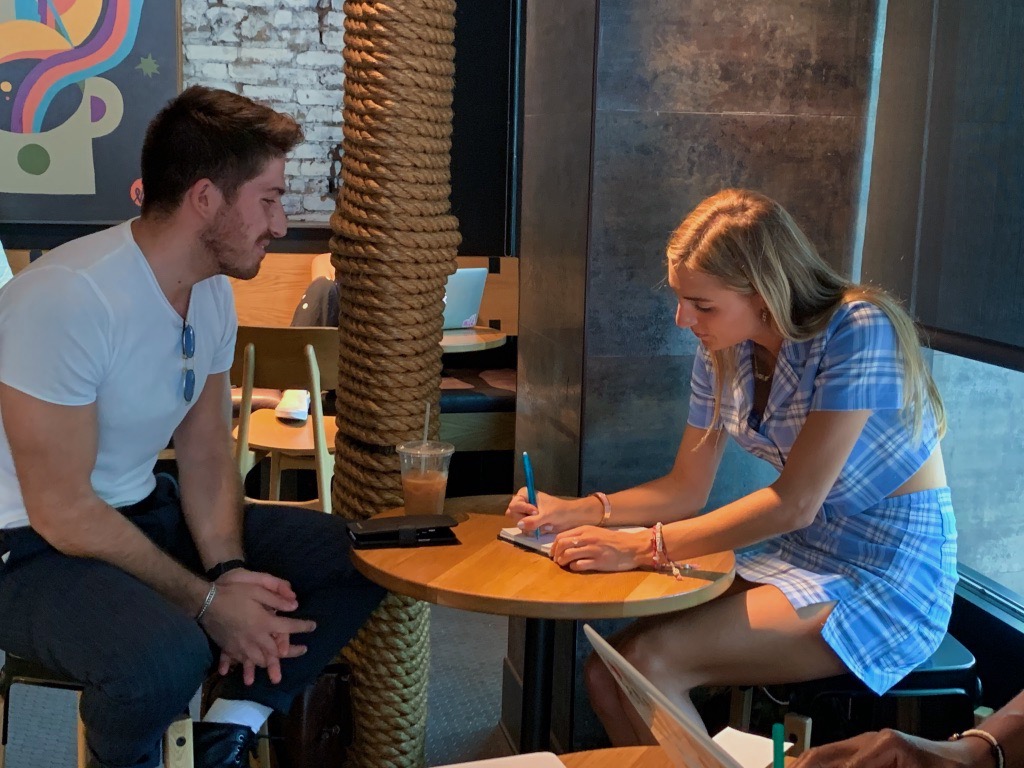 When Petros picked up a camera in October, his first submission was published to Vogue Italia Online. Since then, he has done successful shoots with Solstice Magazine and Schon magazine.

Petros is a man living in the moment. To embrace the present it becomes a gift. Thus, Petros seizes each day by appreciating what he has rather than dwelling on what might be missing.

“I never think about what I don’t have, I dream based on what’s around me.” ~ Petros﻿

Giving no chance to pass him by, Petros savors precious instances by capturing them on camera.  Beauty by his own definition is discovered within human interaction—which shines at all times, all around us. When it isn’t a designated shoot, he assigns the subject to strangers in passing. The people in his surroundings are his greatest inspiration. Captivated by unfamiliar faces, Petros loves to design scenarios to match them. No matter the accuracy of his made up narration, a meaningless interaction becomes a memorable moment.

Petros has a good sense of humor. He is willing to capture the perfect image even if it means trespassing private property. Once, when caught by police, his thick accent and claim as a tourist allowed him to escape!

Sticking to his roots and the simple joys in life, Petros loves Greek music the most. Having grown up by the water in Athens, he is a strong swimmer and loves to be barefoot. He has one ice cream a day for the sake of it. In fact, he enjoyed a scoop before our meeting! Petros never leaves the house without his Kenzo Par Homme cologne, so not only is this talented photographer trilingual and handsome, but he smells good too!

Visit his profile on Casting Coin to see his amazing art!