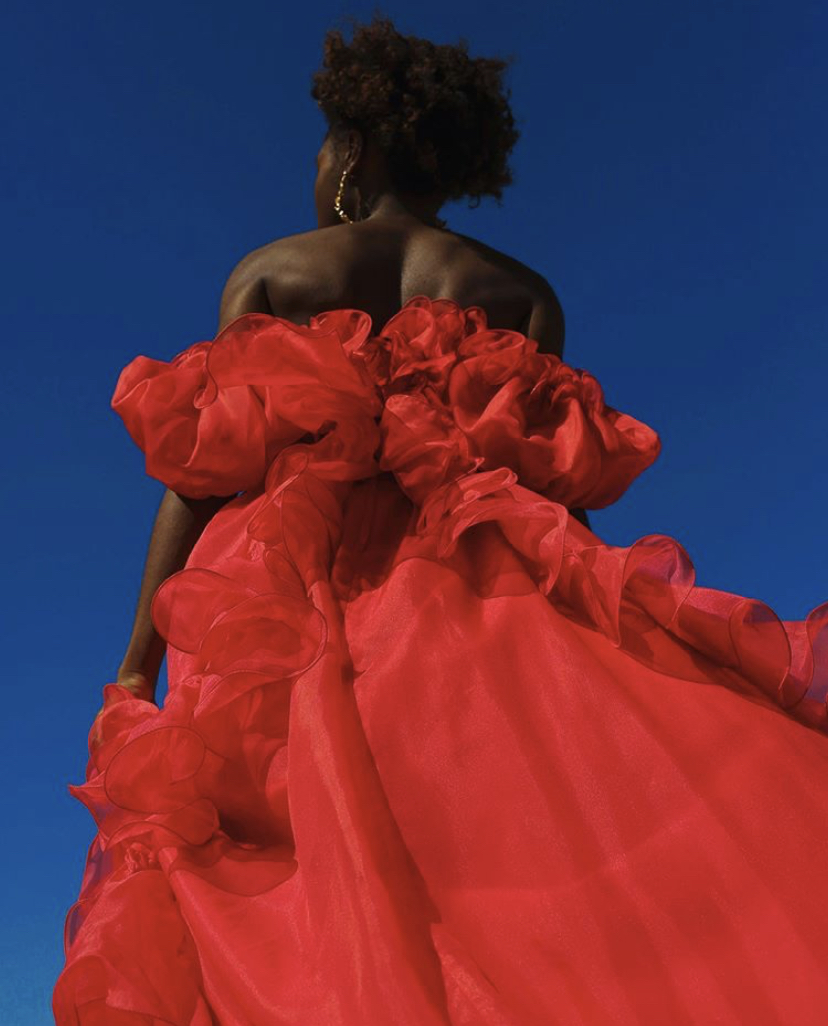 Alexander McQueen made its way to the catwalk in London, weeks after Fashion Week had passed in Paris. Sarah Burton, Creative Director, named this collection London Skies stating that “I am interested in immersing myself in the environment in which we live and work, in London, and in the elements as we experience them each day. We moved from water – and the mud on the banks of the Thames – to the sky and the ever-changing, all-encompassing magnificence that represents”. Burton got the idea of London Skies because she see’s the London skyline from her office everyday. This collection signifies darkness and hope at the same time. All of the outfits were designed in classic McQueen fashion, showing elegance mixed with a hint of goth/punk. Corsets and suits were matched with chunky, platform boots, leather and chains-there was even a black wedding dress! The crowd was filled with stars and A-listers but the best part was Naomi Campbell closing the show in a crystal bejeweled blazer and waterfall skirt. This was McQueen’s first show in London after 20 years and an amazing one at that!